Cover reveal Lani Lynn Vale For the Love of Beard! 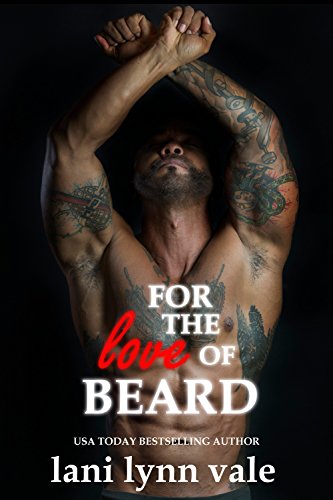 Tobias knows that women are a lot of trouble, and one in particular is more trouble than most. Yet even with the knowledge that she’s a pain in the ass, he doesn’t stop himself from doing the one thing he knows that he shouldn’t do—fall in love with her.

It’s supposed to be simple. Get in, get the girl, and get out.

What Tobias isn’t supposed to do is fall for the woman he’s supposed to rescue. But he can’t help being intrigued–and amused–by the defiance rolling off Audrey every time he so much as speaks to her. This fascination only intensifies with every single word from her delectable mouth.

It’s been six years since her assault, yet it feels like it happened just yesterday. Audrey’s sick and tired of feeling so useless. She’s had enough of being scared, she doesn’t want to be all alone for the rest of her life. All of that boils down to a woman who’s had enough of not doing anything to reclaim her life.

She’s at a loss as to how to move on, and every attempt she makes results in failure. Just when she’s ready to quit, a sexy biker is there to push her out of her comfort zone.

Under Tobias’ patient guidance, Audrey slowly makes her way back to herself. She lands a job that she adores, and she thinks she’s finally found her place in this world. Most surprisingly, though, she finds herself falling in love with a man that honestly scares her to death.

Just when she vows to take that final step that’ll put her past in her past forever, the life she wants to live is yanked away. Leaving her with nothing to pick up the pieces.
#InTheSeries #DixieWardenRejects
●Beard Mode (The Dixie Warden Rejects MC #1)

●Son of a Beard (The Dixie Wardens Rejects MC #3)

●The Beard Made Me Do It (The Dixie Warden Rejects #5)

●Beard Up (The Dixie Warden Rejects #6)
Amazon US: http://amzn.to/2qJDWuO