Teaser Reveal for The Truth About Us by R.C. Stephens

The Truth About Us by R.C. Stephens

Jolie
Griffin Campbell was the typical bad boy. My father warned me not to get too close. But he’s handsome as hell with eyes the color of the ocean, and he’s fiercely loyal and loves unconditionally. I couldn’t stay away when he was the only boy to ever claim my heart. I gave him all my firsts . . . and he left me behind.
Ten years later, he’s returned home offering answers as to why he left because he wants me back—only I’m not the broken-hearted teenager he once fell for. His pretty eyes and killer muscles aren’t enough to mend the hurt that rages inside me.

Griffin
Jolie Bryant was my best friend’s little sister. She’s sexy as hell, sweet as sin, and very forbidden—my favorite memory and my biggest regret.
I should stay away. I’m harboring secrets that will shatter her world.
The thing about secrets is that they always find a way to come out. I just hope that when mine do, she won’t turn away from me . . .
I want my second chance with the only girl I’ve ever loved, but it seems that fate has other plans. 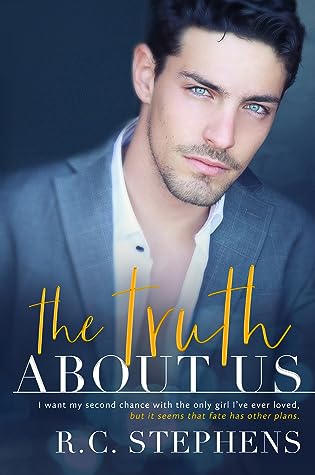 Preorder your copy of The Truth About Us today!