Add it to your TBR! http://bit.ly/DocSteelGR

Returning to civilian life isn’t easy for Griffin Steel, that is, until he runs into Autumn White.
She’s stunning, vivacious, and has that same spark he fell for twenty years ago. Until he ripped her heart out and took it with him when he enlisted.
Picking up the remains of her shattered soul, Autumn found love again, and life was great for a while.

Now she’s a single mom, finally getting her life together, and the last thing she expects is to run into the man who still holds a major piece of her heart.
The temptation is too strong as all those feelings Autumn had for Griffin, flare back to life.

Everything they have been missing for the past twenty years, and more.

Until the father of her child returns.  He will stop at nothing to reclaim Autumn and his son as his own. 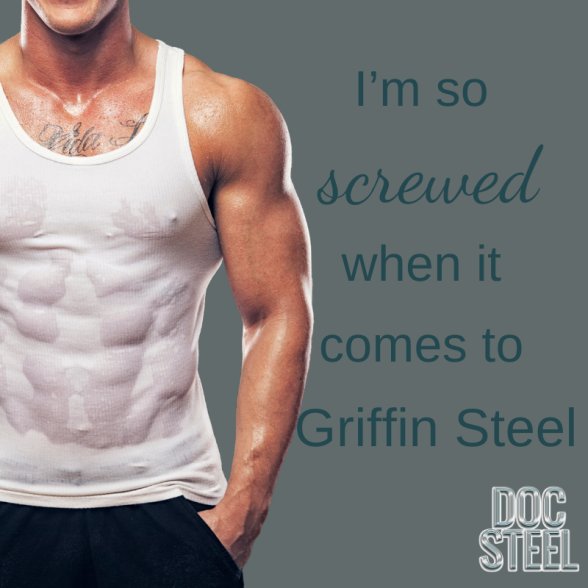 Meet the author:
DL Gallie is from Queensland, Australia, but she’s lived in many different places all over the world. She currently resides in Gladstone with her husband and two kids. She and her husband have been together since she was sixteen, and although they drive each other crazy at times, she couldn’t imagine her life without him.

Shortly after her son was born, DL began reading again. With encouragement from her husband, she picked up the pen and started writing, and now the voices in her head won’t shut up.

DL enjoys listening to music, drinking white wine in the summer, red wine in the winter, and beer all year round. She’s also never been known to turn down a cocktail, especially a margarita.