He makes me want to sin. He’s dangerous. But I’m already tainted. I’ve shed blood, and now there’s no going back… 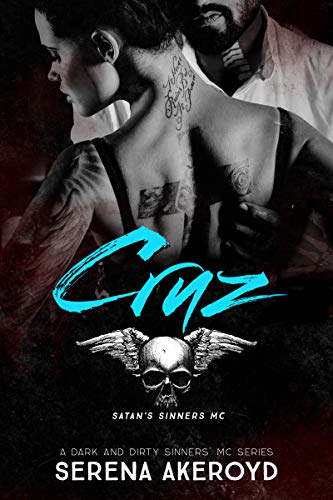 Add to your Goodreads TBR ➩ https://bit.ly/2Ihlt7j

She was forbidden fruit.
The sister of a man I respected.
I shouldn’t touch her. But I have to.
She’s addictive.
Even better, she bites.
But she’s been through so much, suffered the worst kind of abuse, and even as I want to shield her from the world, I can’t.
I’m a Sinner.
I bring danger with me wherever I go.
Once it taints her, there’s no going back…

He was forbidden fruit.
A brother in the MC that I thought I’d escaped a long time ago.
I shouldn’t want him. But I need him.
He’s addictive.
Even better, he makes me burn.
But he’s been through so much, endured the worst kind of betrayal, and even though he’s an enigma to me, I crave him.
He makes me want to sin.
He’s dangerous.
But I’m already tainted. I’ve shed blood, and now there’s no going back…

For the first time in my life, I’m ready to face what happened to me to make a brighter future for myself, but can I do that with a man who’s running from his past?

ALSO AVAILABLE IN THE DARK AND DIRTY SINNERS’ MC SERIES

The series is FREE in Kindle Unlimited