Teaser Reveal for The Boy on the Bridge by Sam Mariano

The Boy on the Bridge by Sam Mariano

An all-new bully romance from the bestselling author of Untouchable! 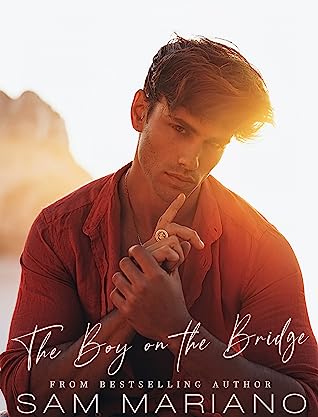 The day I met Hunter Maxwell he wasn’t the rich kid who lived in the giant house, he wasn’t the most popular guy in school, he certainly wasn’t the bully who had chased his own best friend out of town after a falling out—he was just a boy with a black eye and a dark secret.
My life would have been much easier if I had stayed out of it, but I couldn’t. I saw someone hurting and wanted to help. I saw someone possibly in danger and wanted to make sure he was safe.
There’s nothing safe about Hunter Maxwell, though. I thought there might be. I fell under his spell. Whatever the world saw when they looked at him, it wasn’t what he showed me.
The bond we formed was real. I know it was real. But with Hunter, when the tides turn, you’d better hope you’re safely on the shore and out of his reach.
I thought I was a strong enough swimmer to keep my head above water. I thought if it came down to it, I could resist his pull.
I didn’t know, but now I do.
Once Hunter sets his sights on you, there’s no such thing as out of his reach. Whether it’s today, tomorrow, or five years from now, he’s coming for me—and when he does, he won’t stop until he’s destroyed me.