Meadow Lavender Tessler. Yep, that’s my name, believe it or not. My parents may be strange, but they raised my sister, younger brother and me to be independent, strong and to be our own people. Add to those qualities, I was also a tad dramatic, slightly complicated and a whole lot mushy. Whatever. I like who I am.
Love has not been mean to me, but neither has it been kind. Until one day, when a hot sexy spunk with a smirk that lit me up from the inside caught my attention. Luca quickly became my everything. Yes, we had issues here and there, and yeah, his family hated me, but love always won out in the end. Right?

Luca Massimo Donatella. I was named for my father and my grandfather, raised to be as great as them. Family always came first, my mother the most important being in my life. Until a blonde stunner came sashaying into my life and flipped it on its head.
Meadow broadened my way of seeing life, she showed me fun was just as important as being responsible . She gave me the chance to be the man I always wanted to before life got complicated by the death of my father. She taught me how to love from the deepest part of my heart. She was my game changer. Then the game dramatically changed in a way neither of us saw coming. 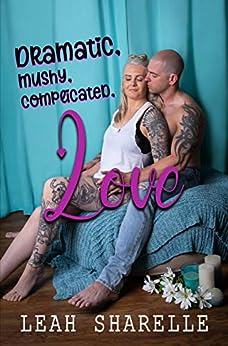 I didn’t think I could love characters more than the Wounded Souls MC, but here it is. I ADORE Luca and Meadow! Their quirky, crazy personalities caught my attention right away, the more I read, the more I fell in love with them! This is a story that catches your attention, holds it and won’t let go. I read this book in one sitting, and could not get enough!

Luca’s whole life changed the night his father died. He became the head of the family, became who they needed him to be. Became the rock they depended on. He never questioned his decision, or his place in the family. Until an eccentric whirlwind came and turned his life upside down (in a good way!)

Meadow had an unconventional upbringing. Her family is… a little odd. But for her, life is perfect. She has everything she needs, and a family that is there for her when she needs them. She didn’t know anything was missing until one night, in a bar……

This book has everything. A perfect, once in a lifetime, love at first sight. Explosive chemistry. And some pretty off the wall characters. What’s not to love?!? (this book was written as a stand alone, but I really hope we hear from these characters again!) 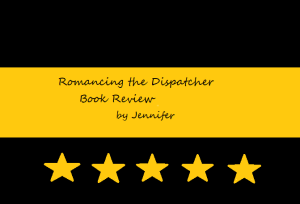