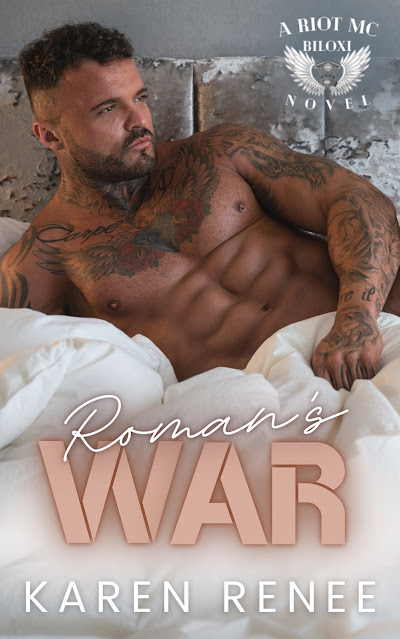 She’s playing with fire, but to win Roman’s heart, she’s willing to take her chances.
Time is running out for Trinity Benoit. She must get married to claim her grandfather’s legacy. In her family’s social circle, any man interested in her is only after the inheritance. Not to mention, those men aren’t her type.
Always attracted to bad boys, Roman Sanchez steals Trinity’s attention the day she lays eyes on him.
Nothing goes to plan when she approaches Roman with her proposal.
As the pyrotechnic expert for the Riot MC Biloxi chapter, Roman defends his brotherhood against any threats. He’s no stranger to bar brawls or street fights. Yet, he faces an epic battle against a woman who could send him to prison.
To protect himself and his club, he agrees to marry her.
It isn’t until after they say, ‘I do,’ that Roman discovers there’s more to his wife than blackmail and extortion. If Roman isn’t careful, he may find himself committed to something bigger (and possibly even better) than the Riot MC brotherhood.
Will Roman desert Trinity as soon as he’s fulfilled their bargain? Or will he find himself one of the ‘mighty’ who fall prey to love’s force? 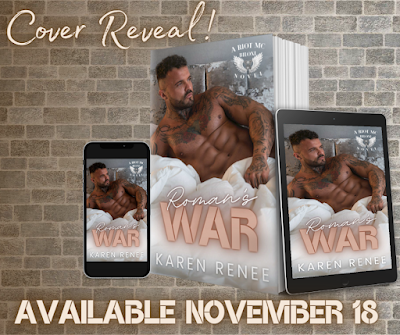 Olivia put down my phone. Her eyes were still aimed at the screen as her manicured fingers tapped on the table.She blew out a heavy sigh and met my eyes. “You need a therapist.”My brows drew together. “What?”She nodded. “You need to talk to a therapist after what happened to you last night. While you’re there, ask for a strait-jacket, because if you think blackmailing Roman is your best shot at marriage, you’re not playing with fire. You’re playing Russian roulette.”“Olivia—”She raised her index finger at me. “Don’t ‘Olivia’ me. I’ll let it go that you don’t even know him. How do you know you’re the woman for him?”My eyes widened and she hung her head.“That came out wrong. I’m sorry, but you know what I mean. Obviously you’re the best woman to marry… other than me, of course, but Rin. We’ve talked about this. Neither one of us wants to divorce. Sadly, you can’t get a prenup because of your granddaddy. But, if you care about Roman so much, you’d want to be a woman who interests him enough for the long haul. And, you can’t know if you’re that woman since he’s never said more than four words to you.”I looked away with a sigh. After a long moment, I turned back to her. “You’re right. But, Grandpa hasn’t passed yet, and I’ve got two years from the time he does. My first move will be to approach Roman without mentioning the video.” Her eyes went wide, and I kept going so she wouldn’t argue. “The video is only in case he won’t give me the time of day.”“Trinity, think long and hard about this.”I smiled, but when my eyes crinkled it hurt my eye making me frown. “I will, Liv. And seriously, the video is for a worst-case scenario.”She nodded. “And are you going to approach Roman about his momma? Or did you learn the lesson Karma was clearly teaching you last night?”I shrugged a shoulder. “I guess not. But, if she’ll still talk to me, I’m going to keep at Marie.”“She cuts you out cold because of that, well, you know that says more about her than it does about you.”I shook my head. “I don’t know, Liv. Dealing with kidney failure has to be pretty scary, so I can see getting wrapped up in protecting her son from that.”She shook her head. “You always gotta see the best in people.”“It helps to consider multiple perspectives, Liv.” 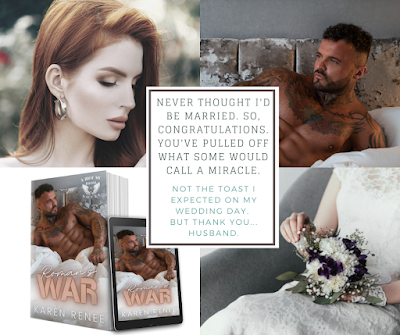 Karen Renee is the author of the Riot Motorcycle Club, Beta, and O-Town series of books. She once crunched Nielsen ratings data but these days she brings her imagination to life by writing books. She has wanted to be a writer since she was very young, but it’s taken the last twenty plus years for her to amass enough courage and overall life experience to bring that dream to life. Some of those life experiences came from the wonderful world of advertising, banking, and local television media research. She is a proud wife and mother, and a Jacksonville native. When she’s not at the soccer field or cooking, you can find her at her local library, the grocery store, in her car jamming out to some tunes, or hibernating while she writes and/or reads books. 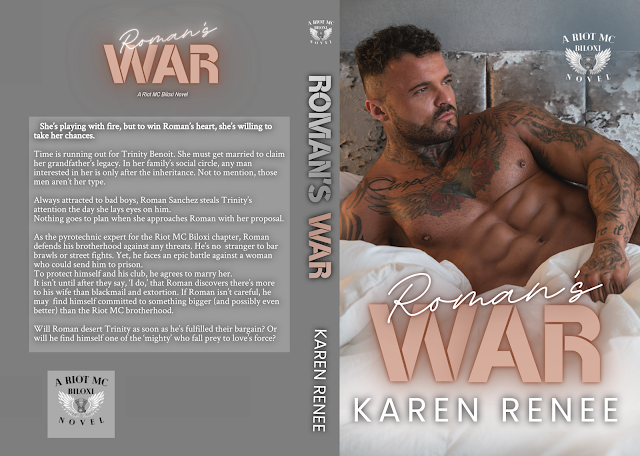