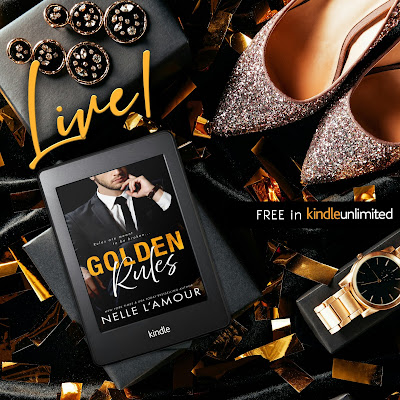 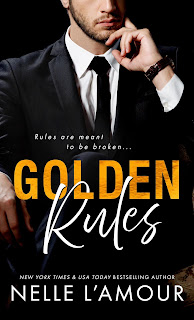 From New York Times and USA Today bestseller Nelle L’Amour, a sizzling, forbidden romantic suspense with a shocking twist you won’t see coming.
Ari
I have one Golden Rule.
No woman is allowed in my bed. Ever.
I’ve been hurt both emotionally and physically. And I have someone way more important than myself to protect.
Then, she sat next to me on the train and from the moment I set eyes on her, I couldn’t resist.
Now, I may break my one cardinal rule and lose everything.
Sarah
I have one Golden Rule.
Only give yourself to a man who really loves you.
Then, I met him on a train… Ari Golden, New York’s most eligible bachelor.
He broke more than my one cardinal rule…
And now I’m wondering if I made the biggest mistake of my life.

“Sit on the sink,” Ari ordered as he expertly rolled on a latex condom that seemed to come out of nowhere.

I was in no condition to argue. I plunked my buttocks down on the edge of the shiny basin. The cold metal gave me goose bumps all over. Wasting no time, he tugged off my boots, without untying them, and then slipped off the hose.

He splayed his large hands on my narrow hips to anchor me. An intense expression fell over his face. Like an artist who was contemplating painting his masterpiece.

“Now, Saarah, take me and insert me where you want me.”

Holy shit! He wanted me to touch that gorgeous monstrosity. Cradle it in my hands? Our eyes met, mine wide-eyed with fear and excitement, his hooded with determination and desire.

Hesitantly, I curled my trembling fingers around the rigid pillar of flesh, surprised they could circle around it despite its girth. I’d never felt a man’s cock before. The touch beneath my fingers was hot, velvety, and pulsing with energy. Burning with desire, I knew exactly where I wanted it. The hollowness inside me was crying out for it. I needed to be sated by him. Totally consumed.

My fingers on fire, I angled his cock toward the opening between my legs and put the wide crown to my entrance. I suddenly had second thoughts. Was his mammoth erection going to fit inside me? I silently shuddered. What if it didn’t fit? And even if it did, would I know what to do? As much as I wanted him, I was so not prepared for this. My heart stuttered at the thought of letting this sex god down. Of being a failure. And then regretting my actions. This was so not how I envisioned losing my V-card. I’d dreamt about being swept away by the man of my dreams. But he was the man of my dreams. Should I tell him I was a virgin? 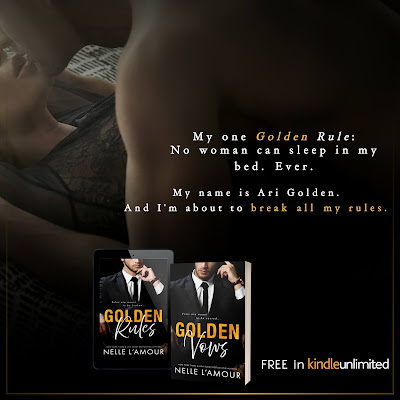 DUET WILL BE COMPLETE IN TWO WEEKS
PREORDER TODAY! 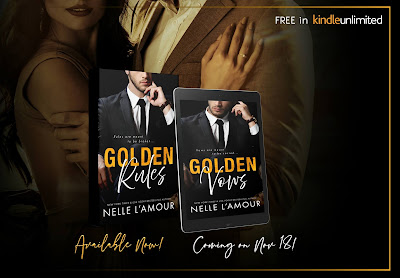 Nelle L’Amour is a New York Times and USA Today bestselling author, who lives in Los Angeles with her Prince Charming-ish husband, beautiful twin princesses, and a bevy of royal pain-in-the-butt pets. A former executive in both the entertainment and toy industries with a prestigious Humanitas Prize for promoting human dignity and freedom to her credit, she gave up playing with Barbies a long time ago, but still enjoys playing with toys with her hubby. While she writes in her PJs, she loves to get dressed up and pretend she’s Hollywood royalty. Her steamy stories feature characters that will make you laugh, cry, and swoon and stay in your heart forever. 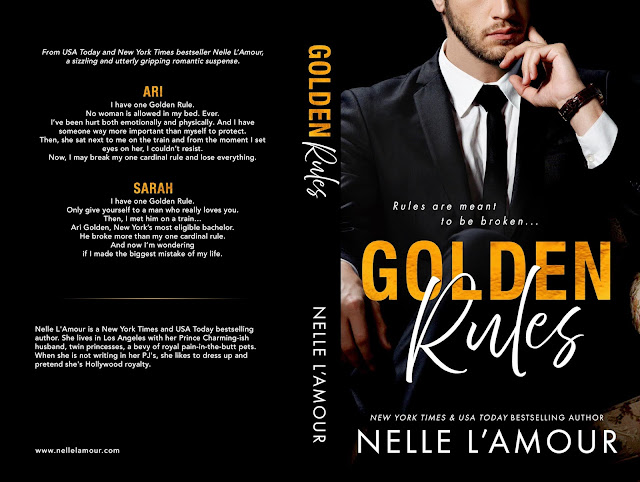